The 19th & 20th October will see the Canberra Heat in town to take the UTSSU guys and girls.

Get yourself out to UTS Mutli Sports Hall in Broadway to see the action. 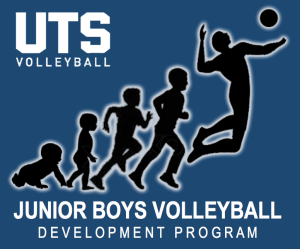 The UTS Volleyball Club welcomes all Junior Boys (born 1996, 1997, 1998, 1999) to attend our upcoming Pre-2014 Early Trials-Training Sessions on Saturday 5th & 12th October 2013. We will be looking for young aspiring athletes to join our new Junior Boys Volleyball Development Program in preparation for the 2014 year. The first step is to select a team for the upcoming Canberra Good Neighbour Tournament in November 2013 and then there will be a series of training sessions leading up to the tour. Please refer to the attached flyer for details of the upcoming trials and training venue.

UPDATE: There will now be an additional trial this coming Saturday 19th October.

For further information, or to register your interest, please fill in the form below or email: contact@utsvolleyball.com

UTS Honours Men White – the season that never quite was 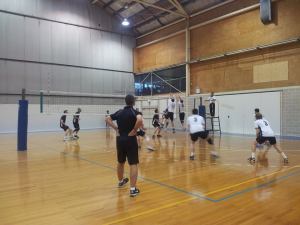 Morky’s hands on hips says it all…

With a promising start to the season with wins against Cedars and UNSW in State Cups, UTS White were looking like a formidable opponent heading into SVL. Unfortunately a season filled with injuries, holidays and a pasty white Scottish guy, saw the White team under-perform. Rather than try to out-perform each other on the court, the boys seems to have competitions on who could sustain the worst or most number of injuries, or who could take the longest, most inappropriately timed holiday.

The SVL season started well with wins against Dragons, Eagles, Sydney Uni and UNSW. It was around this time that James “worst haircut of the century” McRae destroyed his knee in a drunken game of volleyball at Uni Games, closely followed by Alex “I think I can play with this” (pointing at a hand that looked more like an elephant’s foot) Gibbons, having his hand destroyed by Igor, followed by Igor “I can out-do both of you” Mileusnic doing damage to his back, shoulder and hand (as well as the destruction of millions of brain cells through the over-consumption of shots). Add to this Steve “I can’t keep my shirt on” Lee, disappearing to Canada, not only missing out on his girlfriend in a drunken pash with Nam at the end of season do, but also missing the last few weeks of the season. Captain Rob “I’m off on a baby making mission to Europe……..with my wife” Fleury decided a five week stint in Europe should be sufficient to sew the seeds of a new volleyball generation. This left the White team with just 6 players for their final game of the season. Unfortunately Gregor “I spend my whole life on on the beach and I am still WHITE!” Salvin was neither injured nor went on a lengthy holiday and thus played every game.

Alas, the game with this awesome line up did not go to plan and their final game saw them lose 3:0

In the end, the team did finish with a respectable 7 wins from 12 games.

James McRae – Most improved and bed wetter of the year

Doug Skinner – spew of the year

Alex Gibbons – drunkest person at the end of season party